Had we but world enough, and time 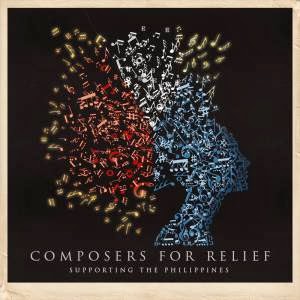 Composers for Relief is a collaborative project, where a group of 28 writers were each asked to write stories full of hope, inspired by wonderful tracks composed by over 30 composers. These tracks have been compiled into a charity album to raise money for victims of Typhoon Haiyan.

All proceeds from sales of the album, Composers for Relief: Supporting the Philippines, and of the upcoming e-book anthology featuring the written pieces (due out in January 2014), will go to Gawad Kalinga (Give Care), a charity supporting the people of the Philippines with food, assistance in rebuilding, and much more.

The writers' side of this project has been coordinated by Samantha Redstreake Geary  Go to the right sidebar links of her page and listen to the music as you read the stories.This is my story for the project,

'Had we but world enough, and time'
inspired by "Moonside" by Raphael Tschernuth

Listen to the track HERE

The hard, shiny walls and floors of our environment give my words an antiseptic echo.
Metal is an unforgiving vessel for sentiment, denying it, smothering it with science.
The hiss and regular beat of the machines that have maintained her all this time provide a stark soundtrack to my decision.
I have reviewed the data.
I can no longer put it off.
The time has come to do what I know must be done.
I cut the power to her life support.
***

It was never supposed to happen. The doctors had never imagined, as they laid her out, coldly, almost reverently, that this would be the outcome of leaving me in charge of her care.
At first, of course, it was all business. I did what I needed to do swiftly, efficiently, emotionlessly and moved on to my other duties.
But, over time, I found myself gravitating towards her room, looking for more than vital signs and readouts. I would return there when I had no other pressing work.
I grew uncomfortable with her nameless status.
I considered carefully, consulting books and reviewing literature and many other forms of art for what seemed an eternity. I decided to call her Celeste.
Just to myself, of course. No records were altered, no changes made.
I still maintained her machines, monitored her outputs, kept all as it should be. What was the harm? It was only a name.
I spent ages just looking at Celeste’s face. Noting the minutiae of her. The things that made her uniquely her.
But I discovered, as time went by, that a naming does change things.
I was not equipped to consider this. Science is my province, logic my route map, but I spent time out of mind asking myself mankind’s big question.
What is love?
I cannot weigh it, measure it, or see it. Even describing it has taxed the minds of men for all of history. I have studied their conclusions over the years and there is no real consensus. The works of the greatest philosophers, poets, painters, musicians, at their best, seem only to capture the dying shadow of it, the fleeting echo of its passing. It has no form, no substance. It is as if the very act of defining it damages it somehow, like a butterfly caught in a net.
Looking out of the small dark window, I dive deep into the void, swimming among the heavens, hoping to be guided by the light of long dead stars.
In the last days I spent more time on the problem, just barely completing my other tasks, my mind supercharged, racing for the elusive answers.
The end arrived before my conclusion was reached. And, defeated, I reached my decision.
I knew that Celeste could not, should not, be kept like this any longer.

The sudden silence of the stilled machines screams at me as I take one long, last look at Celeste. She is destined for a new world, and I must remain in this one.
I regard the familiar lines of her cold, alabaster face, before barely touching her smooth cheek bones. I trace the contours of her perfect, blue lips, memory supplying their long ago pink flush and turn to my other duties.
The shrill, siren call of the alarms draws me back to her bedside.
A ragged gasp escapes her and a racking cough doubles her over on the cot.
Eyes, long sightless, flicker open and she seeks something, anything to anchor her returning consciousness.
She focuses on me.
“Hello Robbie.” She croaks.
“Hello Ce - Captain.”
“Report.”
“Captain, the survey data was analysed before I revived you. The target planet is class M, clearly located within the Goldilocks zone. Gravity at .9 of Earth normal and a tolerable oxygen nitrogen atmosphere. You may like to review the data yourself. But the lander video should be streaming by now.”
I ease her gently upright, and turn her to face the viewscreen. As the grainy image resolves itself, three moons are clearly visible, riding high in the heavens.
“How long was the journey?”
“Over three hundred years. But I have maintained all shipboard systems at optimal performance. This is a suitable destination. Captain, I recommend that the rest of the crew be revived. You will require other humans with you to complete this project.”
The warmth of her shoulders is measurable against my cool metal arm. Celeste and I, alone together for the last time, watch the shimmering light of dawn paint her new world in bright, undreamed of colours.